Directory Servers have been used and continue to be used to store and retrieve identity information, including some data that is sensitive and should be protected. OpenDJ LDAP Directory Services, like many directory servers, has an extensive set of features to protect the data, from securing network connections and communications, authenticating users, to access controls and privileges… However, in the last few years, the way LDAP directory services have been deployed and managed has changed significantly, as they are moving to the “Cloud”. Already many of ForgeRock customers are deploying OpenDJ servers on Amazon or MS Azure, and the requirements for data confidentiality are increasing, especially as the file system and disk management are no longer under their control. For that reason, we’ve recently introduced a new feature in OpenDJ, giving the ability to administrators to encrypt all or part of the directory data before writing to disk. 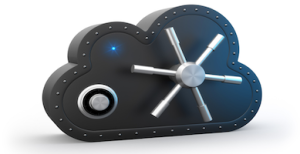 The OpenDJ Data Confidentiality feature can be enabled on a per database backend basis to encrypt LDAP entries before being stored to disk. Optionally, indexes can also be protected, individually. An administrator may chose to protect all indexes, or only a few of them, those that contain data that should remain confidential, like cn (common name), sn (surname)… Additionally, the confidentiality of the replication logs can be enabled, and then it’s enabled for all changes of all database backends. Note that if data confidentiality is enabled on an equality index, this index can no longer be used for ordering, and thus for initial substring nor sorted requests.

Example of command to enable data confidentiality for the userRoot backend: 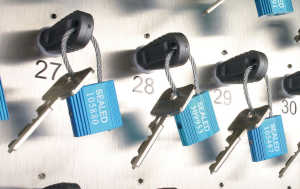 When enabling data confidentiality, you can select the cipher algorithm and the key length, and again this can be per database backend. The encryption key itself is generated on the server itself and securely distributed to all replicated servers through the replication of the Admin Backend (“cn=admin data”), and thus it’s never exposed to any administrator. Should a key get compromised, we provide a way to mark it so and generate a new key. Also, a backup of an encrypted database backend can be restored on any server with the same configuration, as long as the server still has its configuration and its Admin backend intact. Restoring such backend backup to fresh new server requires that it’s configured for replication first.

The Data Confidentiality feature can be tested with the OpenDJ nightly builds. It is also available to ForgeRock customers as part of our latest update of the ForgeRock Identity Platform.